One day there were 4 transformers. Their names were Blades, Heatwave, Chase, and Bolder. 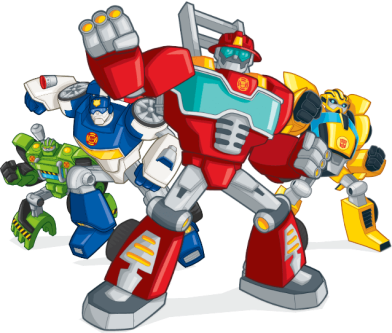 Once there was an emergency! Instead of them doing the mission, someone else did. And they didn’t know who.

They followed it threw the ground-bridge. Only two of them went through Just then there was an ACCIDENT!

The new mystery bot saved the day, before the car fell off the bridge.

After it was safe, that car went away, and it was being followed by those 2 rescue bots. Chase and Heatwave found it in a garage. All was well.

They wiped off the sand on the logo of the new mystery bot. It was another transfomer! It transformed! And it said, “I’m Quickshadow.”

They figured out who the mystery car-bot was!

5 thoughts on “The New Transformer”